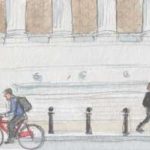 The argument on Wednesday in Boechler v. Commissioner of Internal Revenue will consider whether “equitable tolling” – which allows courts to excuse missed deadlines in some circumstances – is available for a statutory federal income tax deadline. The issue has split circuits, with the U.S. Courts of Appeals for the 8th and 9th Circuits concluding that tolling is not available, and the U.S. Court of Appeals for the District of Columbia Circuit concluding that tolling is available for a similarly worded tax provision. The court’s consideration of this question will address an issue of particular interest for low-income taxpayers and their advocates. It will also add to the court’s precedent on the interaction between the law of equity and the technicalities of federal statutes. Partly because of the circuit split and partly because of the statute’s lack of clarity, this could be a close case.

The dispute arose after the Internal Revenue Service assessed a $19,250 penalty and issued a notice of intent to levy to a small North Dakota law firm for failing to file employee tax withholding forms. After a hearing, the IRS issued a notice of determination sustaining the proposed levy. Under the Internal Revenue Code, the firm had a 30-day window following the issuance of the notice of determination to file a petition in the U.S. Tax Court to challenge the notice. The deadline was Aug. 28, 2017. The firm mailed its petition on Aug. 29, 2017. The question for the justices is whether the Tax Court may consider equitable tolling for this deadline; or whether the deadline is jurisdictional, which, under applicable precedent, would bar consideration of equitable tolling.

Both sides center their arguments on a test set forth in the 2015 case United States v. Kwai Fun Wong, decided 5-4, which elaborated a framework established in the 1990 case Irwin v. Department of Veterans Affairs. Under the Kwai Fun Wong test, there is a rebuttable presumption of equitable tolling for suits against the government. How can the presumption be rebutted? If the statute shows that Congress “plainly” gave the time limits “jurisdictional consequences.” Time limits are then jurisdictional and not subject to equitable tolling.

In Boechler, the court has the task of categorizing a limitation period that relates to a “collection due process” procedure. A CDP procedure applies when the IRS seeks to levy on a taxpayer’s property to satisfy a federal tax debt. Under the CDP procedure, the IRS must notify a taxpayer of a proposed levy and offer the taxpayer a hearing in the IRS Independent Office of Appeals. After the hearing, the appeals office issues a “notice of determination,” which may sustain the tax levy. A taxpayer may seek judicial review of such a determination at the Tax Court within 30 days. The tolling of this 30-day period is at issue in Boechler.

Both the law firm and the government agree that this language presents a grammar puzzle centering on the phrase “such matter,” as “such matter” is the matter as to which the Tax Court has jurisdiction. The word “such” indicates that the phrase is pointing to an antecedent. But what is the antecedent to which “such matter” refers?

The government argues that “such matter” refers to a petition properly before the Tax Court, which, it argues, in turn means that the petition must have met the 30-day filing requirement. On the government’s view, there is jurisdiction with respect to “such matter” only if the appeal was filed within the allowed 30 days. Below, the 8th Circuit agreed with this view. It concluded that “such matter” referred to a matter that met a conjunctive test: that it arose from a notice of determination and that it “was filed ‘within 30 days’ of that determination.” The 9th Circuit reached a similar conclusion in 2018 in Duggan v. Commissioner of Internal Revenue.

On the other hand, the law firm argues that the antecedent for “such matter” is “a determination under this section,” that is, the notice for determination issued by the appeals office, without any additional jurisdictional requirement of timely filing. The firm argues (citing Antonin Scalia and Bryan Garner’s analysis of the “nearest reasonable antecedent”) that “such matter” refers back to “such determination” which refers back to “a determination under this section,” unmodified by the 30-day filing period. Under this reading, the Tax Court’s jurisdiction is not limited only to determinations appealed within the 30-day window, and equitable tolling is possible. The D.C. Circuit agreed with the firm’s approach in 2019 in Myers v. Commissioner of Internal Revenue, when it parsed a similarly-worded statute relating to the right to seek Tax Court review of an IRS disposition of a request for a whistleblower award.

One way to resolve Boechler is to choose sides in this grammar debate, and that the court may well do. Perhaps a sentence diagram might find its way into a Boechler opinion? Yet no diagramming tool can erase the fact of an unclear antecedent. The court might find this a close call from a grammar perspective.

If the statutory interpretation question is close, the case will test the strength of the Irwin/Kwai Fun Wong rebuttable presumption. Despite the trend away from tax “exceptionalism,” both precedents suggest that the specific context of the statute could be important. The Irwin case, which involved a suit about veterans’ benefits, stated that a congressional waiver of sovereign immunity should include by default the possibility of equitable tolling because that generally would be consistent with legislative intent. In Kwai Fun Wong, which involved a claim under the Federal Tort Claims Act, the Justice Elena Kagan wrote for the majority that to the extent the FTCA was special, it cut in favor of equitable tolling. The dissent (written by Justice Samuel Alito and joined by Chief Justice John Roberts, Justice Scalia, and Justice Clarence Thomas) disagreed, based in part on the history of the FTCA.

Naturally, both the law firm and the government in Boechler argue that the context of the federal tax statute is on their side. The firm points out that CDP proceedings are directed disproportionately at unsophisticated taxpayers. According to one amicus brief, about 61% of CDP proceedings involve a pro se taxpayer. The government argues that the reasonable administration of the tax system requires strict deadlines and that equitable-tolling claims would complicate and delay collections.

Given that this case has to do with the application of equity, the principal briefs are noticeably light on facts about Boechler, P.C., the law firm at the center of the case, and precisely what its argument in favor of equitable tolling might be. The firm acknowledges that it mailed its petition for Tax Court review “one day late.” As the government suggests, without more these facts would not merit equitable tolling. Yet because of the jurisdictional framing offered by the court’s precedent, it apparently is not necessary to consider the merits of the equitable-tolling claim in order to decide whether such a claim may be raised.

Amici in the case raise other circumstances where equitable tolling might be more appropriate. One brief argues through a list of case summaries that the government sometimes misleads taxpayers; that extraordinary circumstances, such as mailed notices delayed or misplaced through the sole fault of postal services, can prevent timely filing; and that pro se taxpayers sometimes mistakenly file in the wrong forum, for instance by mailing petitions for a Tax Court petition to the IRS or to the wrong Tax Court office. Another amicus brief describes the case of Josefa Castillo, who received an incorrect notice for failure to pay tax in 2014 on the earnings of a restaurant she had sold in 2009. Despite diligent representation from a law school tax clinic, Castillo’s CDP notice of determination reportedly was sent to the wrong address and/or lost in the mail. She filed her Tax Court petition later than 30 days from the incorrectly addressed and/or lost mail, and the Tax Court dismissed her petition for lack of jurisdiction without considering the possibility of equitable tolling. Castillo’s case is on hold at the U.S. Court of Appeals for the 2nd Circuit pending the outcome of Boechler.

If the Supreme Court’s decision opens the door for the 2nd Circuit to consider equitable tolling, perhaps Castillo will get her day in Tax Court. This, of course, does not mean that Boechler should get its day in Tax Court. In Irwin, the court both established a rebuttable presumption of equitable tolling for suits against the government and concluded that tolling was not available for the petitioner in that case, whose explanation related to his lawyer’s absence from the office and was, the court thought, “at best a garden variety claim of excusable neglect.”

If the taxpayer wins in Boechler, the Supreme Court and federal courts generally, including the Tax Court, will find themselves more responsible for adjudicating the question of equitable tolling. Their more regular task will be to separate the equitably extraordinary circumstance from the “garden-variety” negligence that will not excuse late filing. In this exercise, the courts could refer to considerable precedent on the question of equitable tolling, some of which is cited in the Boechler briefs. Some commentators recommend a reacquaintance with the tools of adjustment offered by equity, including in particular equitable principles beyond courts’ capacity for issuing injunctions. Expanding the availability of equitable tolling in the federal income tax law would be one way to test such recommendations.

The post A tax deadline missed by one day leads to a showdown over equity, jurisdiction – and grammar appeared first on SCOTUSblog.

from SCOTUSblog https://www.scotusblog.com/2022/01/a-tax-deadline-missed-by-one-day-leads-to-a-showdown-over-equity-jurisdiction-and-grammar/
via IFTTT

Bruce Leal is a political strategist, civil rights activist, and former special educator in Washington, D.C., with nearly a decade of experience in education policy, political communications and community engagement. He started his career teaching U.S. History & Government classes before turning his attention to public policy and civil rights. As the first Pacific Islander Commissioner for the Commission on Asian & Pacific Islander Affairs in D.C., Bruce has led the Racial Equity and Pacific Islander Task Forces, advised local elected officials on Asian American & Pacific Islander (AAPI) matters and bolstered himself to advocate for underserved communities in the justice system. He is currently a Juris Doctor candidate at American University Washington College of Law to use his law education to further push for civil rights and social justice under the law. In September of 2021, Bruce added an Advanced Legal Research certificate from Thomson Reuters to his repertoire. Visit BruceLeal.com to stay updated with his law blog! View all posts by Bruce Leal